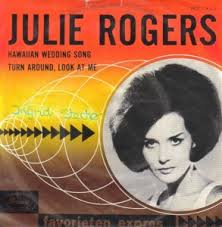 This week, we’ve had TWO well known stars pass through the studios. on Tuesday MOBO winner Pat Leacock came in to produce a track for a youth project with First Rung, an organisation which helps young people get back into full time education, employment or training. Pat was a real pleasure to work with and the young people on the project had a great day. On Wednesday, we had a real superstar, Julie Rogers. Julie had a worldwide hit in the 1960’s with “The Wedding”. She came in to record some demos and was a real pleasure to work with. Our chief engineer commented as sang the first track “Was this one of your hits, I’ve heard this before” Julie replied “No, it’s a song I’ve just written”. Not only is she a great singer but an excellent songwriter as well. The hook was so strong that you just couldn’t ignore it.

It got me to thinking about a few interesting customers of Mill Hill Music Complex who’ve come through the studio over the years. Our very first paying customer back in 1979 were The Polecats.They almost immediately got signed to Mercury records and had a hit with “John I’m only dancing”. Our second paying customer had been a member of an even more successful band. Guitarist from the Foundations Alan Warner ran a local recording studio using a couple of bedrooms. He used the Mill Hill Music Complex to record live drums, which were too noisy for his house.

Some of the more recent customers of note include Chicane with Tom Jones, who rehearsed for their appearance on the Jonathan Ross show. We also have a strong association with two of Great Britains finest female vocalists. Amy Winehouse rehearsed with us for ages before she got a  deal and hit the big time. When she signed her deal, she bought herself a blue Fender Stratocaster from our shop. Three weeks later we saw her playing the guitar on TV. She’s had many reported ups and downs, but she was always lovely when she used to rehearse with us. As Amy moved on to greater things another young singer started to rehearse at our studio. A good mate of mine, Steve Nash told me his daughter had broken her leg and he wanted to cheer her up. I suggested he buy her a guitar. The following week Steve and his daughter turned up and bought a white Peavey Raptor. After a short while, Steve rang up and asked if he could book a studio for his daughter. Shortly after that Kate Nash made her first appearance at Mill Hill Music Complex. I suggested that Kate may like to do a gig and it was agreed that she’d support my band, The False Dots at a Cancer charity gig we’d organised at Mill Hill Sports Club. On 3rd Nov 2006 she supported us. Within six months she’d had a top ten hit. It was pretty clear that she was going to be successful from that gig. Kate is lovely and we are proud to have played a small part in helping her on her way. She wrote many of the tracks for her latest album in studio ten last year. I suppose that we probably feel most proud of Amy and Kate as we were there at the start.

Another musician who deserves a big mention is Lee Thompson of Madness. Lee lives locally and is a great guy. He’s done recordings at the studio, helped us organise gigs for Cancer charities and generally been an all round top bloke. Boz Boorer, musical director for Morrissey also fits into the top bloke category. Boz used the studio for pre production work on many Morrissey projects. I’ve known Boz since we were at school together at Orange Hill. Over the years we’ve saved many pubs from bankruptcy.

Another great mate of ours is Huw Lloyd Langton from Hawkwind. Huw lived for many years in Hendon and was always popping down for a jam. He recorded several solo albums at our studios and joined us for  jam on my 40th Birthday. Top man.

A few other artists and bands who’ve passed through our doors include The Damned, The Beautiful South, The Black Kids, Eddie Floyd, Geno Washington, David Soul, Paul Fox (The Ruts), Chas Smash and Chrissie Boy from Madness, Chris Spedding, Swati Natekar, to name but a few. 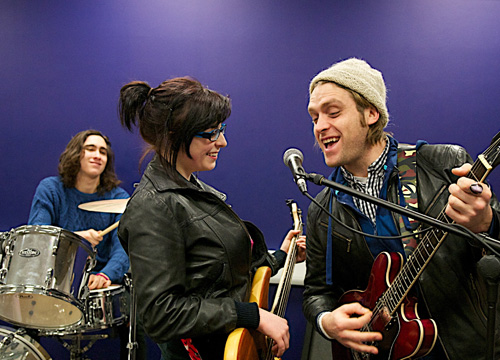 FREE Rehearsal Voucher
This voucher entitles you to a free 1 hour rehearsal at Mill Hill Music Complex on any Monday or Friday from 11-6 until 30th April 2020 in Studio 2 or Studio 10. It can also be used to pay for 1 hour of a three hour session. Please call 020 8906 9991 to book
Learn More